Home » A Dose of Reality

A Dose of Reality 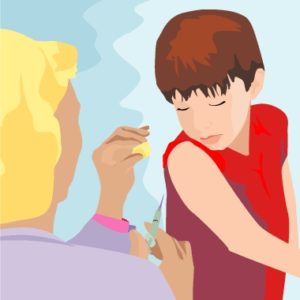 Last week, James Poniewozik, an opinion columnist in Time magazine, took issue with Jenny McCarthy being named as the newest co-host to join The View.

Whether or not she discusses her stance on childhood vaccines, he argues, her presence on the show adds credibility to her position on a scientific topic that should be debated based on facts, not in an opinion forum or based on “mommy instinct.”

For those of you who’ve managed to stay blissfully unaware of Ms. McCarthy’s views, she has been a vocal advocate against immunizations and alleges that childhood vaccinations were the cause of her son’s autism diagnosis.  She continually cited the fraudulent study from 1998 that supported these views.

I agree wholeheartedly with Mr. Poniewozik that validating her views with a co-host position is irresponsible.  I’ve known children with neurological issues that were unable to receive the DTP vaccine, only to later contract pertussis from an otherwise healthy child whose parents simply chose not immunize.  I worry about our compromised patients on either end of the age spectrum who are so much more at risk for complications from preventable disease because parents are opting out of immunization programs.

And yet…I haven’t been fully compliant.

After following recommendations for my newborn daughter to receive the rotovirus series in early 1999, and her having some mild-moderate side effects, I was horrified when they pulled it due to an increased risk of intussusception.  (Note:  I believe a new and improved rotovirus vaccine is now routine.  Nearly fifteen years ago, the recommendation was only made for children in day care settings.)

Later, I had both of my children vaccinated for chicken pox.  This time it was determined that the original vaccine was not fully effective and that a booster would be needed.  I had that same feeling of being, well, sort of hoodwinked.

We are currently fending HPV and meningococcal literature each time we attend a doctor’s appoint and, honestly, I’ve delayed both of these.  I just felt the need to hedge my bets for a couple of years while the first couple rounds were evaluated.  I’m almost at a place where we’ll be fully compliant again, and I’ll be relieved when we are.  Until then, I’m hoping that the attention given to Jenny McCarthy’s new visibility will remind parents to vaccinate their children and provide another forum for facts.

The AAP discounts the vaccine/autism link and recommends a full immunization schedule.  Is there anyone out there with contradictory views?  Has your opinion been solicited by parents.  If so, let us know what you say.

Come talk to me! From a toddler or preschooler saying their first word toddlers to elementary-aged children using language to play and make friends, there is such magic to communication that I never get enough of it! Over 20 years of experience and training has brought me to the top of my field, and ready to share *all* of the tips and tricks I learned along the way!
All Posts »
PrevPreviousFluency Tower Game mats
NextOthello: A Speech StrategyNext