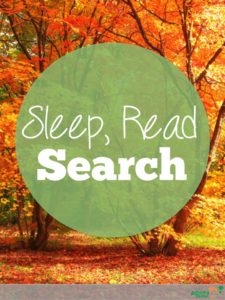 Remember “Eat, Pray, Love?” I read it when it came out in 2006, and I was deep in the thick of child rearing a 5 and 7 year old. My husband travelled for business.  A lot. And I found the book both intoxicating and aggravating. As far as I was concerned, it was a piece of fiction. Who really has a year to indulge a worldwide voyage of self-discovery?

This summer we had a family crisis that knocked my socks off.  Then our daughter left for her first year of college in August. Then our son, a junior in high school, left for a semester away program—a late in the game decision that was oh-so-right for him, but left me reeling a little bit.  I’d prepared for the college departure, but sudden empty nesting? Not so much.

I was giddy with excitement and devastated; a duality of emotions I hadn’t experienced to this degree since I brought babies home from the hospital. There were a lot of tears.

We adapted. Dinners were much easier without trying to accommodate four very different schedules. We started having more conversations about things other than family logistics. We did a bunch of day trips. I made lists and lists of all the things I wanted to accomplish before Christmas….but here we are in late November and seemingly not much has happened.

That would be the honest name of my four month hiatus.  After a lifetime of waking early, I started sleeping in and then reading in bed before I got up.  I have a reputation for boundless energy when it comes to projects. It’s been nowhere to be found this fall. I’ve taken long walks, browsed in stores, read some more, napped. I’ve been thinking about what I’d like to do when my son heads to college. I’ve worked part-time for years. Will I start working full-time again? My husband works remotely and can work from anywhere, so maybe I don’t want to get that tied down. Is teletherapy in my future? Hard to imagine, but will I take a break from seeing kiddos, maybe go back for that Ph.D. that’s always intrigued me?

It feels like I’m no closer to a decision than I was back in September, but I’m thinking that’s ok. Maybe it’s like wandering around looking for a store in a new city. You circle around with no idea where you’re going, getting a little frustrated and then there it is, closer than you realized.