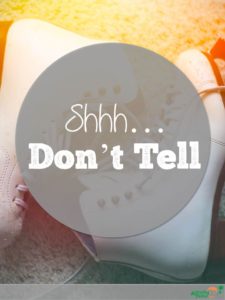 (This post appears in the April 2012 ASHA Leader, First Person on the Last Page)

When I see a referral for /r/, especially if there is no additional language or articulation issue, I get excited. Here we go! It’s the start of a relationship. I know it’s unlikely the child will have an immediate breakthrough or surge forward. I’ll need to lay a foundation, to build slowly, step by step, a new motor pattern.

I’ll get to know this child. I’ll know the names of his siblings, friends, and pets with the troublesome sound. There will be seemingly endless drill, games, attempts and re-attempts. We’ll discuss weekend plans and after-school activities because, I’ve found, /r/ requires a lot of carryover activities.

When I was growing up, my sport was ice skating. I spent hours every week before and after school working on my performance. There were spins, jumps, footwork, and programs to master. But what really intrigued me was “patch.” Known as the compulsory figures, this is the classic “figure eight” and all its permutations. The skater would select a clean patch of ice, get centered, and push off. The specific figure would dictate if there would be a turn, a bracket, or serpentine pattern. You would carve the pattern and then retrace it two more times. Judges would base your score on the size and shape of the circles, your ability to maintain the correct blade edge, and the closeness of your tracings.

Patch wasn’t the glitzy part of the competition. Competitors generally wore dark sweaters and skirts. The lights were dim. They looked down.

Compulsory figures were removed from competition after 1990 primarily because of their lack of watchability. But detractors missed the point. Figures were about discipline and technical skill at its most basic.

The attention to detail that’s required to perfect an unnatural skating pattern is similar to my students’ efforts to perfect the /r/.

We sit at a small, uncluttered table. We listen to our target. We discuss minute muscle movements that will achieve the correct pattern. We judge (not harshly). We encourage. We trace it again and again.

Those /r/ students will interview for jobs, ask someone on a date, read books to their children. With sustained effort, there should be no reason for a mushy /r/ to distract from their words. It’s a frustrating task, but in almost all instances, it’s fixable.

So, we sign on for those /r/ kids. We’ll push them and they’ll push us, because /r/ requires an endlessly creative approach. And one day they’ll get it. The movements will be fluid and, well … they’ll be ready to glide away.

Come talk to me! From a toddler or preschooler saying their first word toddlers to elementary-aged children using language to play and make friends, there is such magic to communication that I never get enough of it! Over 20 years of experience and training has brought me to the top of my field, and ready to share *all* of the tips and tricks I learned along the way!
All Posts »
PrevPreviousGood fortunes (subscriber download)
NextArticulation JackpotNext