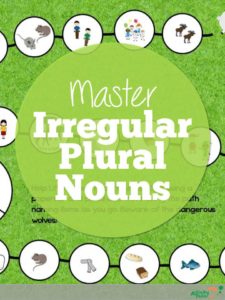 Irregular plural nouns are the kind of thing that confuse lots of typical developing kiddos so it’s no wonder that our language delayed friends need a little (or a lot of) extra practice. And it helps to move in small increments and offer opportunities to hear the words used in context for them to really become integrated.

I was working on this goal quite a bit this year. Here’s what I did.

First, I needed to be sure that regular plurals were in place—not always the easiest thing to tell if you have a child with phonology issues! I usually do this with open ended play or games. If we are making “lunch,” I might talk about, and asking questions regarding, how many cookies they want or what they want on their sandwich (ex. tomatoes, cucumbers, pickles). Simple board and card games often give you opportunities to discuss how many items each player has collected. For example, in “Hi, Ho, Cherry-o” you might have three cherries in your baskets and I might have two cherries. Even Mr. Potato Head provides chances to talk about arms, legs, shoes, eyes, etc.

Now that I know that my kiddo understands that plurals are a way of marking “more than one,” we can start working on those tricky, irregular plural nouns that don’t cooperate with the typical “add ‘s’ or ‘es’” rule.

I had clear worksheets that showed three sets of irregular plurals, usually grouped so they all followed the same irregular pattern (ex. no change, change to ‘ves’). They either daubed, colored or covered with a bingo marker a single dot for the singular form and two dots for the plural. We might only do one or two groups a session. 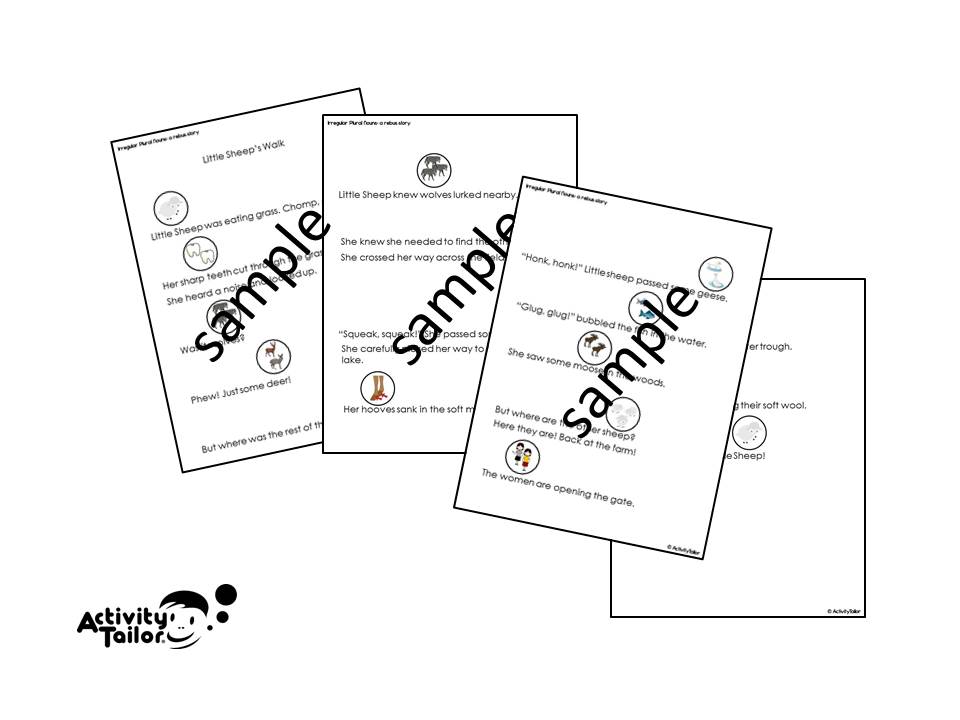 Then I started to work on hearing the words in context with a simple rebus story packed with irregular plural nouns. The first time we read it, I simply asked them to listen and I pointed to the picture of each irregular plural noun as I said it. On the next reading, I might ask them to say the plural with me as I point to it. Eventually, I would phase out my saying the plural noun and just point, allowing them to fill in the blank. 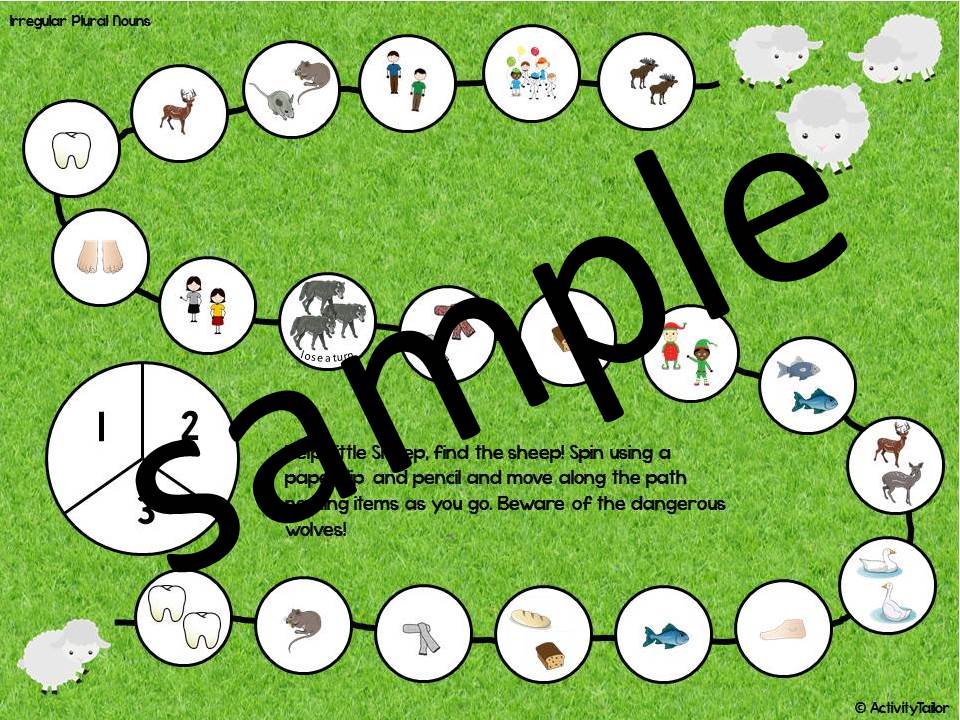 Once I felt they had a good grasp on the vocabulary and using/hearing it in context, we played the board game. This is more traditional, assessment type practice in which I had them name each word as they “stepped” on it and the pictures represented a mixture of singular and irregular plural noun forms.

Many of the materials I found addressed spelling practice of irregular plurals—not what my kiddos were ready for! For more information on my packet addressing this goal, click here.

Come talk to me! From a toddler or preschooler saying their first word toddlers to elementary-aged children using language to play and make friends, there is such magic to communication that I never get enough of it! Over 20 years of experience and training has brought me to the top of my field, and ready to share *all* of the tips and tricks I learned along the way!
All Posts »
PrevPreviousOvercoming Public Speaking Fears by Hugging the Monster
NextWhy I Don’t Send Home Summer Speech ActivitiesNext