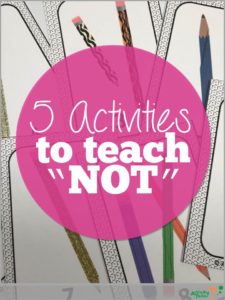 Teaching the concept “not” in speech therapy is a common target in my room.

Little ones start responding to “no” within the first year, no doubt because of the tone and facial expression associated with it. But “not?” That’s a tougher one. While adding “not” changes the entire meaning of a sentence, my students tend to either treat it as a tiny, inconsequential part of the sentence or seem not to catch its implications.

These five easy to implement therapy activities will get them going! 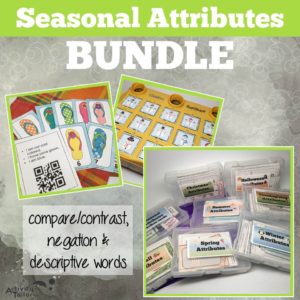 If you are looking for more ideas to teach “not” as well as attributes, take a look at my Seasonal Attributes games. My students love them! If you have other ideas for teaching “not” in speech, share them with us below.

Want to save this post for later? Pin the image below! 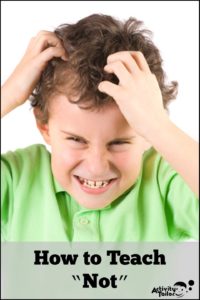