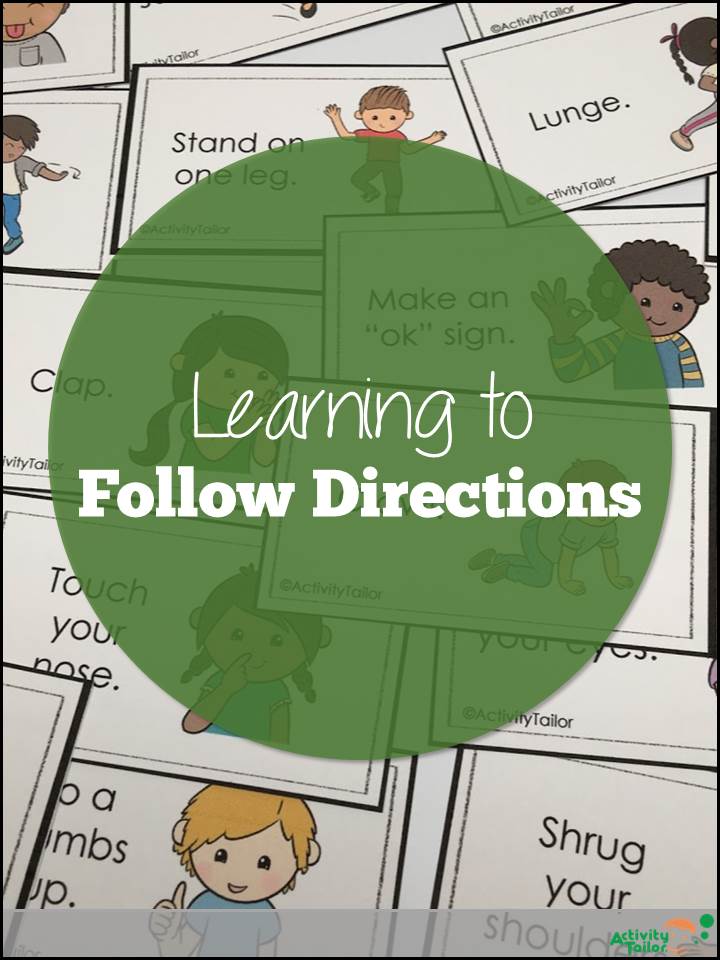 Half the battle with Kindergarteners is following directions.  While all those early reading and math skills are critical components, it’s the inability to follow directions that derails kiddos and classrooms most. Parents often feel that following directions has more to do with compliance and tend to say “refuses to” or “won’t listen,” maybe “stubborn” or “uncooperative.” My experience has been that the ones not following directions are struggling more with the concepts and language load of the instructions as opposed to a true behavioral issue. Classroom directions are loaded with language that tends to be a weakness for our speech

When I was little, our tiny local library held a reading contest in the summer. You’d fill out the log and hand it in to the librarian and in late August they’d give you a certificate with the number of books you read and a prize to the one who read the most. I lied every year I entered. At the time, I had a book a day habit and while I was introverted and not terribly motivated by social peer groups, I certainly knew better than to be upfront about my reading tendencies.  I’d log maybe half of what 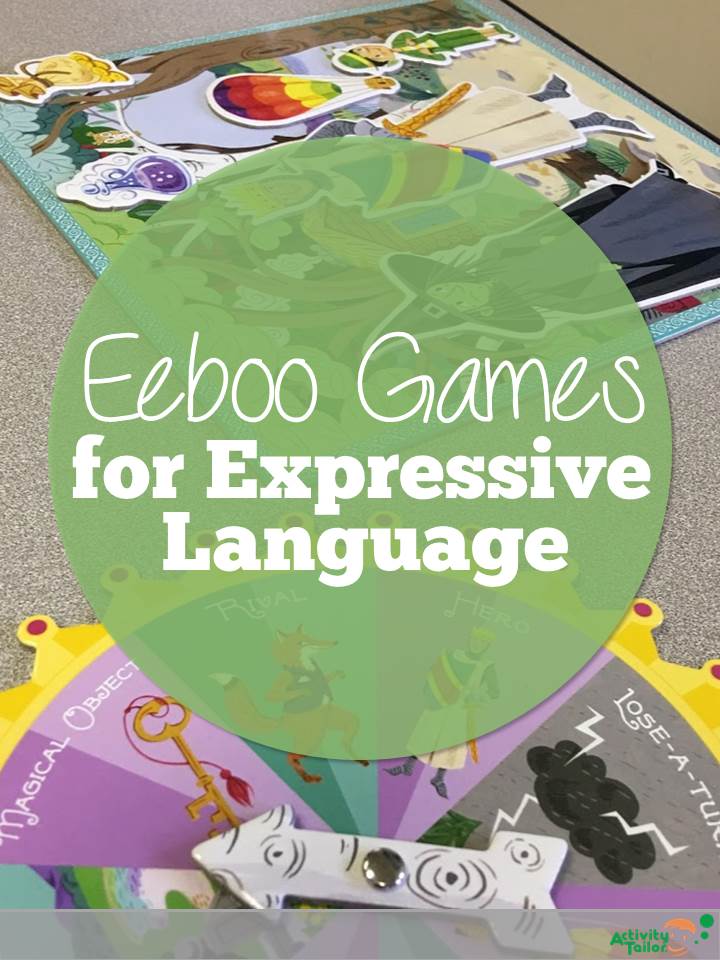 Expressive Language Games off the Shelves

Hmmm, looks like a game….smells like a game…must be a game. I loooove Eeboo games. Last spring I shared a bunch I used for social thinking lessons. This year I added a few more from their line with a focus on expressive language games (and, still of course, social skills). These were a huge hit and they targeted all my goals. In fact, a few students went straight back to their parents and said I asked them to buy it for home. (I didn’t!) But the fact that these games are right off the shelf “normal” looking with a non-therapy 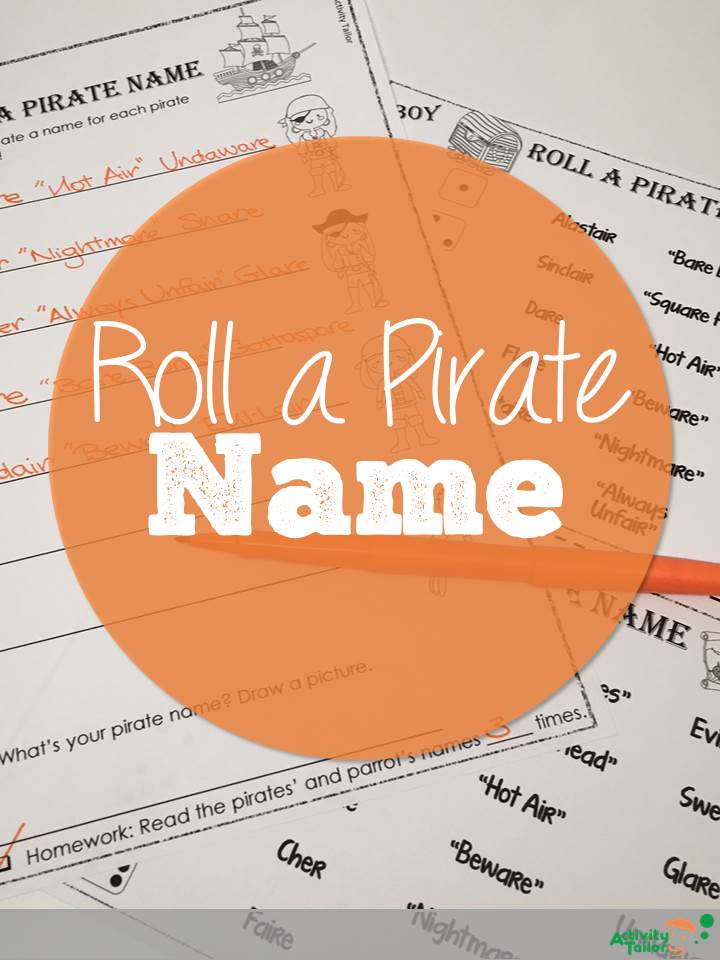 For many years, my family has gone to Hilton Head for a week in the summer. And I mean extended family which means cousins and Mimi too. There’s a lot of walking on the beach, naps, reading, and competitive mini-golf. This year we’re mixing things up a bit and heading to the Charleston area. I can’t wait! The Carolina coasts have a rich pirate history and there tends to be a lot of pirate themed stuff especially for the younger crowd (like mini-golf through shipwrecks and treasure). Which is probably why I’ve had pirates on the brain when I was 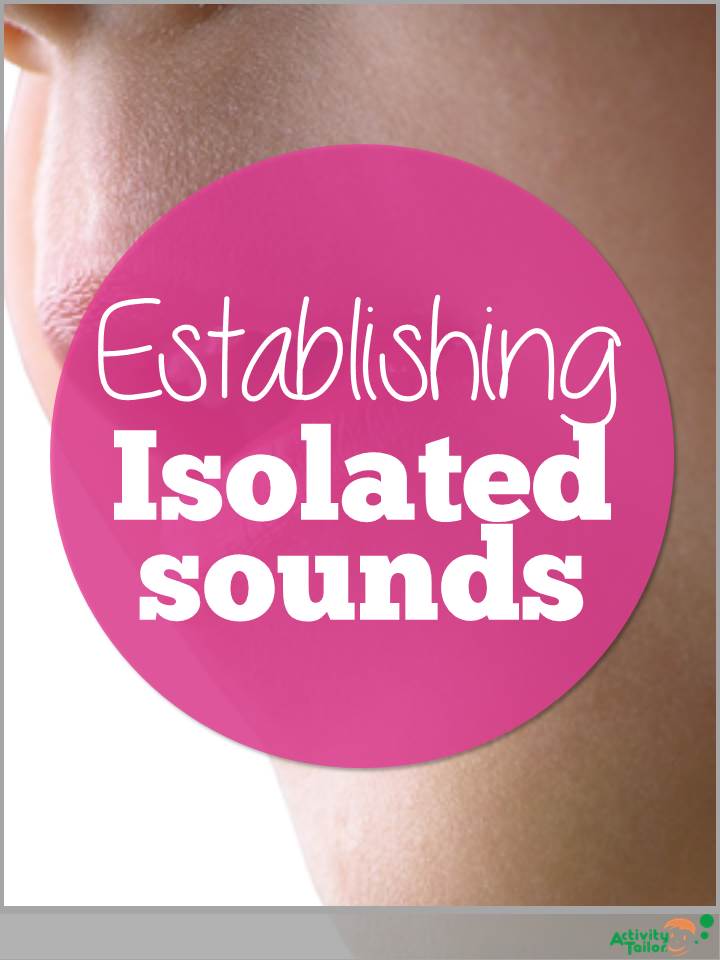 Sometimes I feel like I have an uphill battle. Although I see my students in a (private) school setting, in essence they are private practice clients which means “selling” is a part of my job. And since I’m seeing the kids on their own, what they report back is often the first impression parents have of speech therapy.  Which means I need to walk a fine line between work that looks like work and work that looks more like fun. The evaluations themselves are working against me. No matter how good I am at building rapport, you have to admit 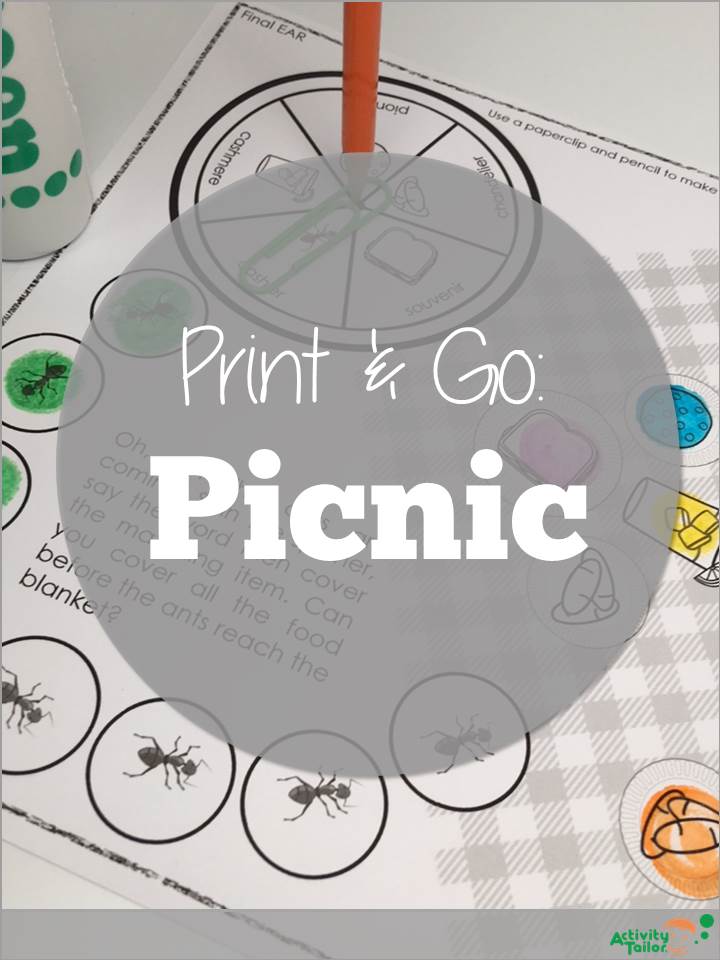 Who else is seeing students this summer? I have one location that has NO space and I was going to work outside. Lovely if the weather is good, but brutal in our NC heat (and let’s not discuss cancelling speech due to rain?) Happily, we’ve worked out an alternative for some days. I wanted some fun, quick sheets for my kiddos willing to hang in with me.  I know they’d rather be at the pool or playground, so I made sure to add a game component. They’re loving these Artic Print & Go picnic theme sheets! These are print and 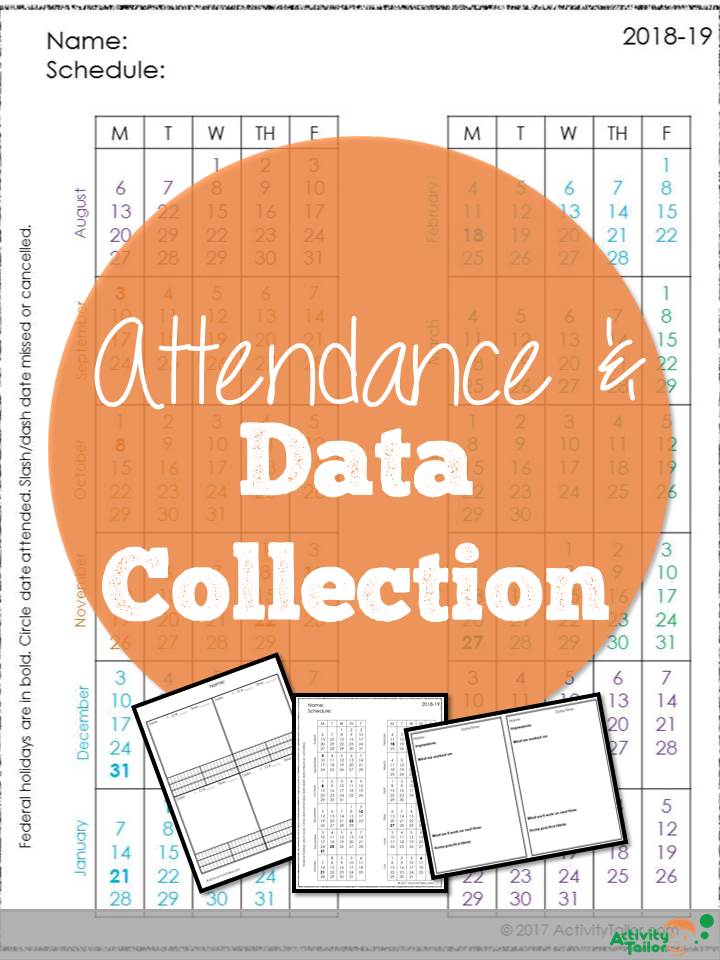 I always have these grand ideas of filing away and reorganizing all of my materials before I check out for the summer (clients). Ha! By the time progress notes are finished, I am more than happy to shut the door and say “I’ll get to it later.” With the idea that some bored, rainy summer day, I’ll forgo a matinee and popcorn and head it to clean. It never happens. But, what I can do to feel a little more on top of things is print out a copy of next year’s attendance sheet and a bunch of data collection 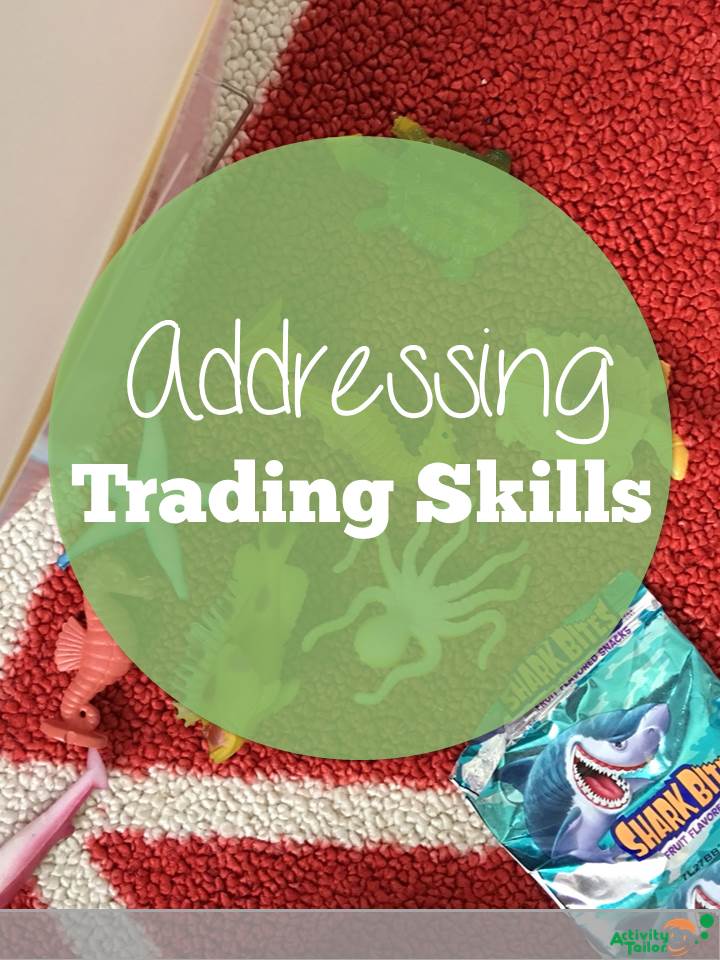 Have you watched kids interacting in real life? They are in a constant state of negotiation. They make deals about who will go first, who gets to be which role, who does which chore. They trade snacks, lunches, cards and little treasures. It’s a really sophisticated skill. And it requires a lot of social acumen and language ability—two areas our kids are often lacking in. It’s a good thing to work on so that they aren’t taken advantage of, but also so they don’t bully their way into getting what they want either. This year I bought a big bag

I Keep Repeating Myself

So much of speech and language therapy is repeating yourself. Repeating prompts, repeating instructions, repeating the same vocabulary or word list. But one area we tend to feel the need for “new” is books and it’s one of the most important places to keep repeating ourselves.  If you have children of your own, you know how kids will get fixated on a particular book and/or character and you will read it until you have to hide it just for a single night off.  I remember a night in a hotel and my children were having a really tough time settling 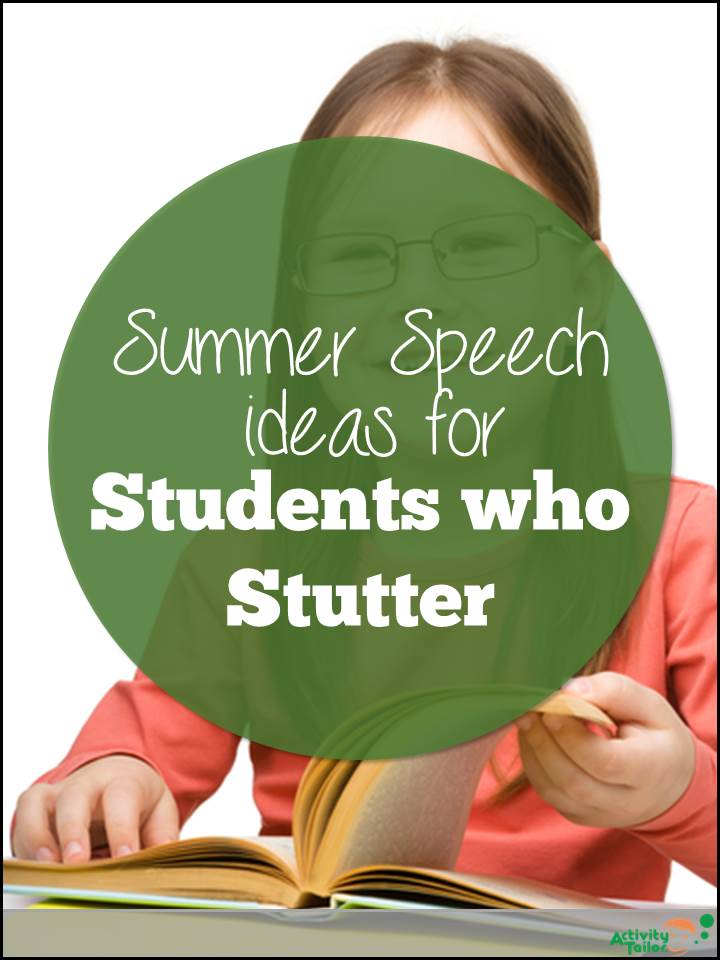 It’s not unusual for me to get a request to see a student who stutters over the summer. I’m guessing it might be because the stress of the school year increased their disfluencies, or maybe they didn’t want the attention of being pulled from class during the school year. Whatever the reason may be, I actually prefer it. “Flying the plane while you build it.” This quote sums up a lot of what we do, but is perhaps particularly apt here. To me, summer is often the closest I have to building the plane while we’re on the ground since

Kids aren’t lazy. Sure, we want to set up an env

Kids usually need a vocabulary of 50 words+ before

Labeling isn’t everything! When I work with fami

Tempting opportunities are MOTIVATING. How bad do

It’s much more fun to play when the activity mat

Little ones are learning big skills! When they’r